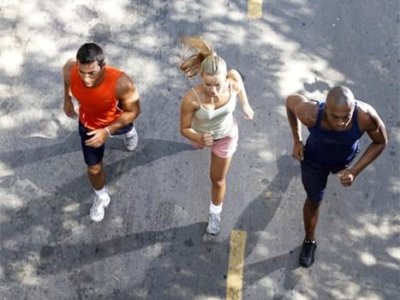 1. Zero to a Hundred

Several years ago at a running race, I was approached by another runner asking for me to become his running trainer. At this time he ran a 5k in 23 minutes but he had a goal of running under 20 minutes. In just over a year of training, I worked with him to help bring his time down to just over 18 minutes. The results were astounding, and they show that with hard work anything is possible. This is one of the best running stories because the transformation of time was amazing!

Several years ago, I got a call from a man interested in personal training as a birthday gift for his wife. His wife had gained over forty pounds and did not know where to turn. After he purchased a gift certificate for her and she began her training endeavors, I could see her drive for results were present. In just five months she managed to lose 43 pounds by running with me at her side. She was also able to find a confidence she did not even know that she had.

As a new prospective client approached me with her fiftieth birthday approaching, she was concerned because her fitness level was so low. After training with her for 8 months, I helped her from being unable to run a yard to running her first half marathon of 13.1 miles. With hard work, many miles of training and a lot of bonding with your trainer, the sky is the limit.

As I answered the phone, I did not know there would be a twenty year old girl on the other end asking for help in losing the freshman thirty. In her time at college, between the late night eating and choosing the wrong food at the dining hall, the food and lack of fitness had caught up with her on the scale. Over the summer, I trained her by training for a 10k of 6.1 miles, and through her runs and making better food choices, she lost 23 pounds. She returned to college with healthier habits and just 7 pounds left to lose before reaching her goal weight.

A woman contacted me as she was going through the life changes of pre-menopausal women, and gaining weight in her midsection. With running training and lowering her carbohydrates after 6 o’clock, she was able to lose weight and transform her body to reveal a strong, slim stomach and more energy than she could remember in a very long time. Through running, she was able to rediscover herself in the process.

I began to train a new client that ran track in high school but twenty year later, running was a past time. With proper training and many miles together on the road, he rediscovered the same passion he once had and got in even better shape than his track days. If this does not inspire you, I do not know what will!

As a woman joined Bootcamp, she was of average build but lacking the fitness necessary to run across the field. Within several months of Bootcamp, she was able to build up to running her first 5k! Now, just a year later, she cleans up awards by winning at nearly every race. And she lost twenty pounds in the process! With belief, passion and training, you can do anything!