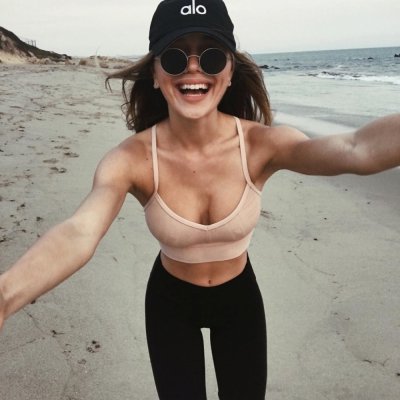 As soon as I told my trainer I wanted to run a marathon, she told me there were a few commitments I'd have to make right away. Some of them made total sense, but some were a surprise. Here's what she said...

I didn't realize how much time I'd have to commit to training for a marathon, but as soon as my trainer mentioned it, it did make sense. I run about 5 miles an hour... to run 20 miles, it would take me about 4 hours. That's a lot of time to spend running in one day!

My shoes are only good for about 500 miles, so I have to commit to spending the money on new ones while I'm training (unlike now, when I only buy one or two pairs a year).

I'm from Michigan, where it snows all winter long, so usually I run on the treadmill from November to March. Not this year! To help train for a marathon, I'm committing to running outdoors, on the pavement, even in winter. Yow!

Okay, I already knew this one, but it's still worth mentioning: nothing makes you more committed to a race than paying for it months in advance. So at my trainer's advice, I've already registered for the marathon I want to run... in April.

This makes sense, too... I've got to train my body not just to run the miles, but when to expect fuel, hydration, and electrolytes. So while I'm training, I've got to use the same gear and Gu I'll be using during the marathon. This is a big deal: that stuff can be expensive!

This isn't so much a commitment as it is a warning... I have to recognize ahead of time that I'll probably end up losing a toenail or two.

I confess: I love Coke and Pepsi! But my trainer told me that if I want to train for a marathon, I've got to cut way back. Like, WAY back.

The miles? I can handle them! The toenails? Who cares! The soda? I'm not sure I can do this! What other commitments do you think I need to make?