How to Discover Your Inner Runner when Youre Overweight ... 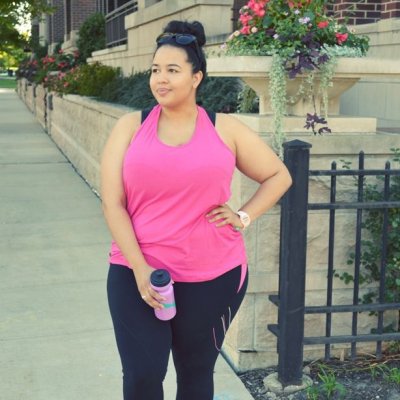 Everybody's running now. Everybody. Friends from high school who used to trudge around the track with me are now running. New friends are running. Random people I barely know are running. My neighbor's running. Everybody. And I kind of want to be a runner, too, because they all seem so happy and healthy and high off endorphins, plus they have that glowing smugness that comes with having endurance and sculpted calves. I want all of that. The problem, though, is that I hate running. I am also fat, which is a bigger obstacle than my hatred of moving at a fast pace. Running hurts your fat, in the first place, and in the second, you don't tend to have as much endurance, lung capacity, or muscle strength – at least, not at first. There's also the fear that passersby will be assholes, but worrying about what someone else thinks or says is no reason to avoid doing something. Anyway, I'm trying to discover my inner runner even though I'm fat. Here's what I've figured out so far.

Easier said than done, right? Sometimes, though, you really do have to push yourself. Take that first step. Take that first run. It doesn't matter if you go at a snail's pace and make it no further than the end of your block. That's progress. It's a step. There will come a time where you'll have to push past your pain threshold, but the first time, when you're still scared and nervous and unsure, run as far as you can.

This is just to get an idea. You have to know your starting point, but it's nothing to be ashamed of. It doesn't matter if you're slow at first. You'll get faster. Frankly, however, whatever it takes to get your endurance up is more important right now, as long as you get your heart pumping, too.

3 Don't Try to Push Yourself Too Hard in the Beginning 😤

This is important. It's different for everyone, of course, but when you're trying to become a runner and you're overweight, you really do have to strengthen your endurance steadily and safely. It will come. Push yourself a little more each day, just don't go overboard all at once.

4 Turn Running into a Game 💃

It can be a simple game – as soon as you reach a certain house, you'll turn. You'll run for the length of your favorite two, three, four, or five songs. You won't stop until an orange car passes you. What other games can you play to get through a run?

You can find any excuse to quit. I know, I've come up with all of them – I'm too sore, I have cramps, I think I'm getting a cold, I couldn't find the time, I've got a tight deadline … the list never ends. So don't quit after the first day. You might have to push yourself, you may even need to get someone else to motivate you, but you have to do it again. Remember: do something for thirty days and it becomes a habit.

6 Pick the Most Comfortable Place to Run 🏞

There are tons of places to run. You have limitless options. Run the track. Run in your neighborhood. Head to the park. Go to the gym. Find an indoor track. You can find a private, safe space if you need to – that's one way to combat the fear of ridicule from people who see you.

7 Make Sure You've Got the Perfect Pair of Shoes 👟

I mean it – comfort and support are important. You need shoes that fit you perfectly. They shouldn't chafe, pinch, or rub, at least not excessively – you may have to break in your new sneaks. Don't choose shoes that are too heavy or too flimsy, either. Go for function and practicality over style – although you probably won't have to, given the sheer volume of adorable but high-quality running shoes out there.

Do you have any other tips? How about some words of encouragement for anyone taking this huge first step?